Sylvia Wing Önder is Teaching Professor in the Division of Eastern Mediterranean Languages (Turkish) and in the Department of Anthropology at Georgetown University. Her PhD, in Interdisciplinary Turkish Culture, is from The Ohio State University, 1998. Her MA in Folklore and Folklife (1991) and her BA in International Relations (1986) are both from the University of Pennsylvania. Dr. Önder’s book, We Have No Microbes Here: Healing Practices in a Turkish Black Sea Village, came out in May of 2007 in the Medical Anthropology Series of Carolina Academic Press. Along with her Turkish language and culture classes, Dr. Önder has developed classes such as “Anthropology, Colonialism, and Islam” “Medical Anthropology” “Anthropology and Youth Culture” “Anthropology and the Body” and “Disability and Culture” which uses insights from Medical Anthropology to examine Deaf Culture, Student Veterans, and Disability in general. Dr. Önder was awarded the Georgetown University College Dean’s Excellence in Teaching Award in 2012, and has been a Doyle Fellow, an Engelhard Faculty Fellow, and a Center for Social Justice Faculty Fellow. She is currently the Director of Undergraduate Studies for the Department of Anthropology. 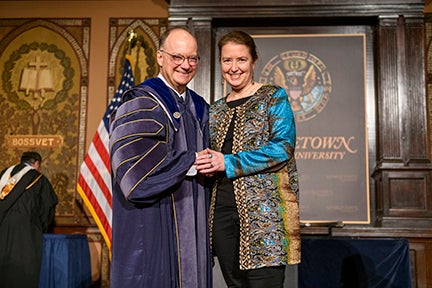 Congratulations to Professor Sylvia Onder on 20 years of Service

Many congratulations to our colleague, Professor Sylvia Onder, on her 20 years of service as recognized by the awarding of the Vicennial Medal at… 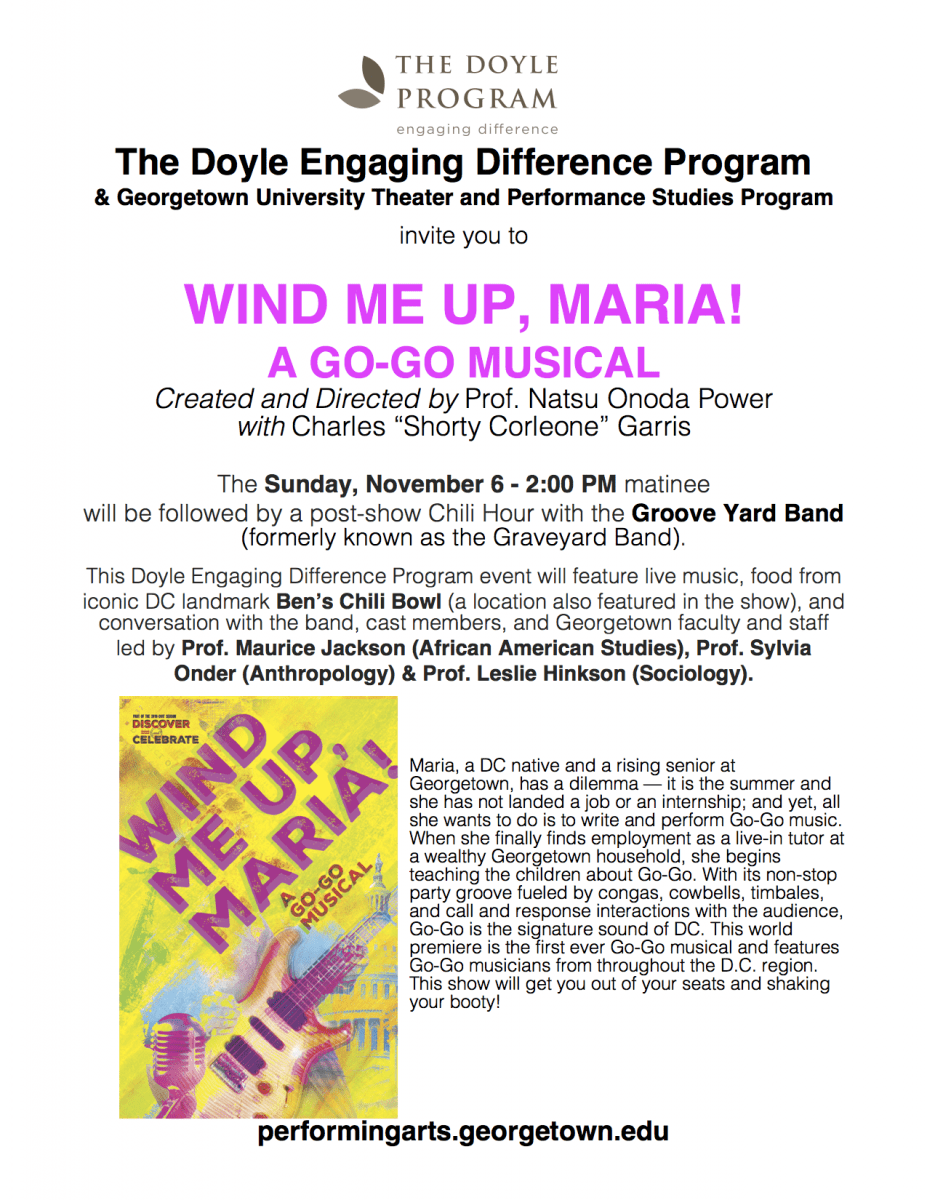 Wind Me Up Maria! A Go-Go Musical

The Doyle Engaging Difference Program & Georgetown University Theater and Performance Studies Program invite you to Wind Me Up, Maria! A Go-Go Mus…